The American Gold Eagle is an official gold bullion coin of the United States. The American Eagle Series is by and large the most desirable and highly sought after gold coin created by the U.S. Mint. These regal coins feature a rendition of Augustus Saint-Gaudens' full-length figure of Lady Liberty taken from the $20 Saint-Gaudens gold coin. The Gold American Eagle is one of the few officially recognized investment grade gold bullion coins, as such, their purity, content and weight are guaranteed by the United States Government for eligibility in precious metals IRAs.

All Gold American Eagle coins are struck on 22-karat gold planchets, and contain 1 full ounce of pure gold. The gold used in these coins is, by law, sourced from mines in the United States. The whole coin is composed of .9167 purity gold, .0533 purity silver, and .03 purity copper for a total weight of 1.09 ounces troy per coin. The Gold American Eagle coin is very popular with investors, and may be used to fund Individual Retirement Account investments

The Vienna Gold Philharmonic, often shortened to Philharmonic, is the official bullion coin of Austria, produced by the Austrian Mint. The coin is named for the Vienna Philharmonic orchestra, which inspired the design of both sides. It was introduced in 1989 as a one-troy ounce, gold coin with a face value of 2,000 Austrian schillings. It is generally one of the world's best selling bullion coins. In 2002, with the adoption of the euro currency, the nominal value of the one-ounce coin was changed to 100 euros.

The gold Philharmonic has a fineness of 999.9 (often written 0.9999, also known as 24 carat or 99.99% pure). The coins are minted according to demand and production varies from year to year accordingly. From the outset, the obverse of the coin depicts the pipe organ in the Vienna Musikverein's Golden Hall. The reverse of the coin shows instruments of the Vienna Philharmonic, including Vienna horn, bassoon, harp, and four violins centered on a cello. Both designs were produced by the chief engraver of the Austrian Mint, Thomas Pesendorfer. The Vienna Gold Philharmonic coin is very popular with investors, and may be used to fund Individual Retirement Account investments

The American Eagle Gold Proof Coin is the collector’s version of the The American Eagle Gold Bullion Coin. Every year a limited number of these proof coins are struck, extremely desirable, some years they have sold out just after issue. Proof American Eagles are minted in 1 oz., 1/2 oz., 1/4 oz., and 1/10 oz. sizes, and can be purchased in these sizes individually, or in two or four-piece sets.

Gold American Buffalo coins are the purest gold bullion coins made by the US Mint. Designed by James Earle Fraser, a student of the legendary sculptor Augustus Saint-Gaudens, the Gold Buffalo design was first featured on the Buffalo nickel (also known as an Indian Head) in 1913 . This legendary design remained in use for 25 years.

The Gold American Buffalo series began in 2006 under Public Law 109-145, also known as the Presidential $1 Coin Act, and was the first-ever 24-karat bullion coin minted by the United States. Today Gold Buffalos are minted in both Proof and the Bullion Uncirculated version as well as various weights and sizes.The American Gold Buffalo coin is very popular with investors, and may be used to fund Individual Retirement Account investments.

One of the originals, the coin was introduced in 1979, a time where the only competing bullion coins being minted were the Krugerrand (which was not widely available because of the economic boycott of apartheid-era South Africa) and the Austrian 100 Corona. The Canadian Gold Maple Leaf bullion coin is very popular with investors, and may be used to fund Individual Retirement Account investments

The Australian Gold Kangaroo is a gold bullion coin minted by the Perth Mint. The coins have been minted in 24 carat gold and are legal tender in Australia. These gold coins are one of few legal tender bullion gold coins that change their design every year. Because of this, their limited annual mintage may, unlike most other mass produced bullion coins, raise their numismatic value.

The coin was originally introduced as the Australian Gold Nugget and was introduced in 1986 by Gold Corporation, a wholly owned company of the Australian Government, more commonly known by its trading name The Perth Mint. From 1986 to 1989, the reverse pictured different Australian gold nuggets. However in 1989 a proof edition was released, the design changed to feature kangaroos, a symbol more world-recognised of Australia. The coins today are referred to as "gold kangaroos". The Australian Gold Kangaroo coin is very popular with investors, and may be used to fund Individual Retirement Account investments.

Gold Britannia coins are the flagship of bullion coins issued by the Royal Mint of England. The Royal Mint is wholly owned by Her Majesty’s Treasury, which has the distinction of being the world’s oldest mint. Minted since 1987, the British Britannia gold bullion coin contains 1 troy ounce of 0.999 pure gold.

The new 2022 Britannia Gold Coins have security features courtesy of the Royal Mint. There are four features in total that include a latent security feature, tincture lines within the stripes of the Union Jack flag on the shield of Britannia, micro-text on the design rim, and a new surface animation. The micro-text is in Latin and reads Decus Et Tutamen, which translates to An Ornament and a Safeguard. 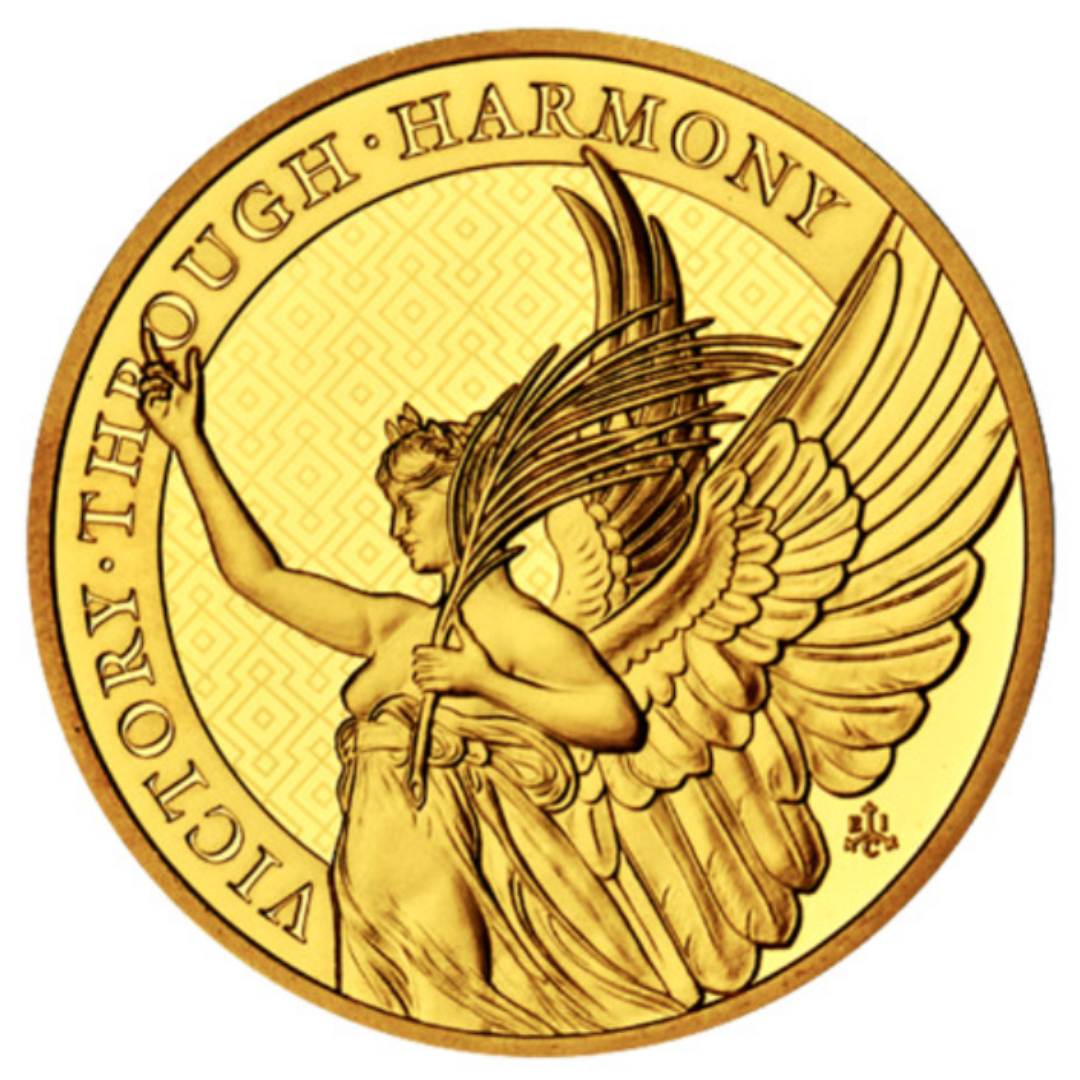 St. Helena Gold Queen’s Virtues: Victory Coin is the 1st of 6 designs in the new Queens Virtues Series! This gold coin Contains 1 Troy oz of .9999 pure gold and depicts the personification of victory. Conceived during the latter stages of Queen Victoria’s reign as Queen of England, the Queen’s Virtues is an allegorical presentation of six virtues representing the monarch of England. Today, these virtues are carried into the 21st century by Queen Elizabeth II, England’s longest-reigning monarch. Victory, Truth, Charity, Justice, Courage, and Constancy are set to feature in a stirring new series of gold and silver coins issued by the East India Company

The Gold Bar, also called a Gold Ingot, is a quantity of refined metallic gold of any shape that is made by a bar producer meeting standard conditions of manufacture, labeling, and record keeping. Bars come in various weights such as grams, ounces, kilos, to the 400-troy-ounce Good Delivery gold bar

Reach out to an IRA expert for additional information