The American Silver Eagle is an official gold bullion coin of the United States. It was first released by the United States Mint on November 24, 1986. It is struck only in the one troy ounce, which has a face value of one dollar and is guaranteed to contain one troy ounce of 99.9% pure silver. The American Eagle Series is by and large the most desirable and highly sought after gold coin created by the U.S. Mint. These regal coins feature a rendition of from the "Walking Liberty" design by Adolph A. Weinman, which originally had been used on the Walking Liberty Half Dollar coin of the United States from 1916 to 1947. The Silver American Eagle is one of the few officially recognized investment grade gold bullion coins, as such, their purity, content and weight are guaranteed by the United States Government for eligibility in precious metals IRAs.

The Silver Eagle has been produced at three mints: the Philadelphia Mint, the San Francisco Mint, and the West Point Mint. The Silver American Eagle coin is very popular with investors, and may be used to fund Individual Retirement Account investments

The American Eagle Gold Proof Coin is the collector’s version of the The American Eagle Silver Bullion Coin. Every year a limited number of these proof coins are struck, extremely desirable, some years they have sold out just after issue. Proof American Eagles are minted in 1 troy ounce.

The Vienna Silver Philharmonic coin from the prestigious Austrian Mint is the official bullion coin of Austria. The coin is named for the Vienna Philharmonic orchestra, which inspired the design of both sides with detailed engravings by the renown chief engraver of the Austrian Mint, Thomas Pesendorfer. This masterfully designed coin consists of .999 fine silver and is impressively large. The Vienna Philharmonic is currently the only European bullion coin with a face value in euros, although it is only legal tender in Austria. In 2004, the Vienna Philharmonic accounted for 35 to 40 percent of sales in Europe. It is also popular in Japan and North America. The Silver American Eagle coin is very popular with investors, and may be used to fund Individual Retirement Account investments

The Canadian Silver Maple Leaf is the official silver bullion coin of Canada. First released in 1988, it is issued annually by the Government of Canada, and comes in variations depending on the year. The Canadian Maple Leaf is produced by the world famous Royal Canadian Mint and is Canadian legal tender with a face value of 5 Canadian dollars. The 99.99% silver content makes the coin among the finest official bullion coins worldwide. The standard version has a weight of 1 troy ounce.

The Silver Maple Leaf's obverse and reverse display, respectively, the profile of Elizabeth II and the Canadian Maple Leaf. In 2014, new security features were introduced: radial lines and a micro-engraved laser mark. the Canadian Maple Leaf coin is very popular with investors, and may be used to fund Individual Retirement Account investments

Australian Silver Koala is one of the official Australia bullion silver coins and produced at the Perth Mint. While the obverse of the coin always depicts Queen Elizabeth II, the reverse side changes every year, always featuring the koala. Silver koalas have higher collectible value than some other bullion coins due to the yearly design change and limited production. Originally minted in 2007, the coin was only offered in 1 troy ounce, and then starting in 2008 the coins have minted yearly in up to five different sizes including a massive 1kg. Perth Mint originally had no caps on the population of one-ounce coins produced, but since 2018, its population has been capped to 300,000 making this a collectible coin that has some numismatic values. The Australian Silver Koala coin is very popular with investors, and may be used to fund Individual Retirement Account investments

British Silver Britannia are the flagship of bullion coins issued by the Royal Mint of England. The Royal Mint is wholly owned by Her Majesty’s Treasury, which has the distinction of being the world’s oldest mint. Minted since 1997, the British Britannia Silver bullion coin contains 1 troy ounce of 0.999 silver. The coin patterns feature various depictions of Britannia, a feminine personification of the United Kingdom, with a large shield bearing the Union Flag (Union Jack) and a trident drawing its inspiration from a strong maritime warrior. These beautiful new 2022 Britannia Silver Coins have security features courtesy of the Royal Mint. There are four features in total that include a latent security feature, tincture lines within the stripes of the Union Jack flag on the shield of Britannia, micro-text on the design rim, and a new surface animation. The micro-text is in Latin and reads Decus Et Tutamen, which translates to An Ornament and a Safeguard. The British Silver Britannia coin is very popular with investors, and may be used to fund Individual Retirement Account investments 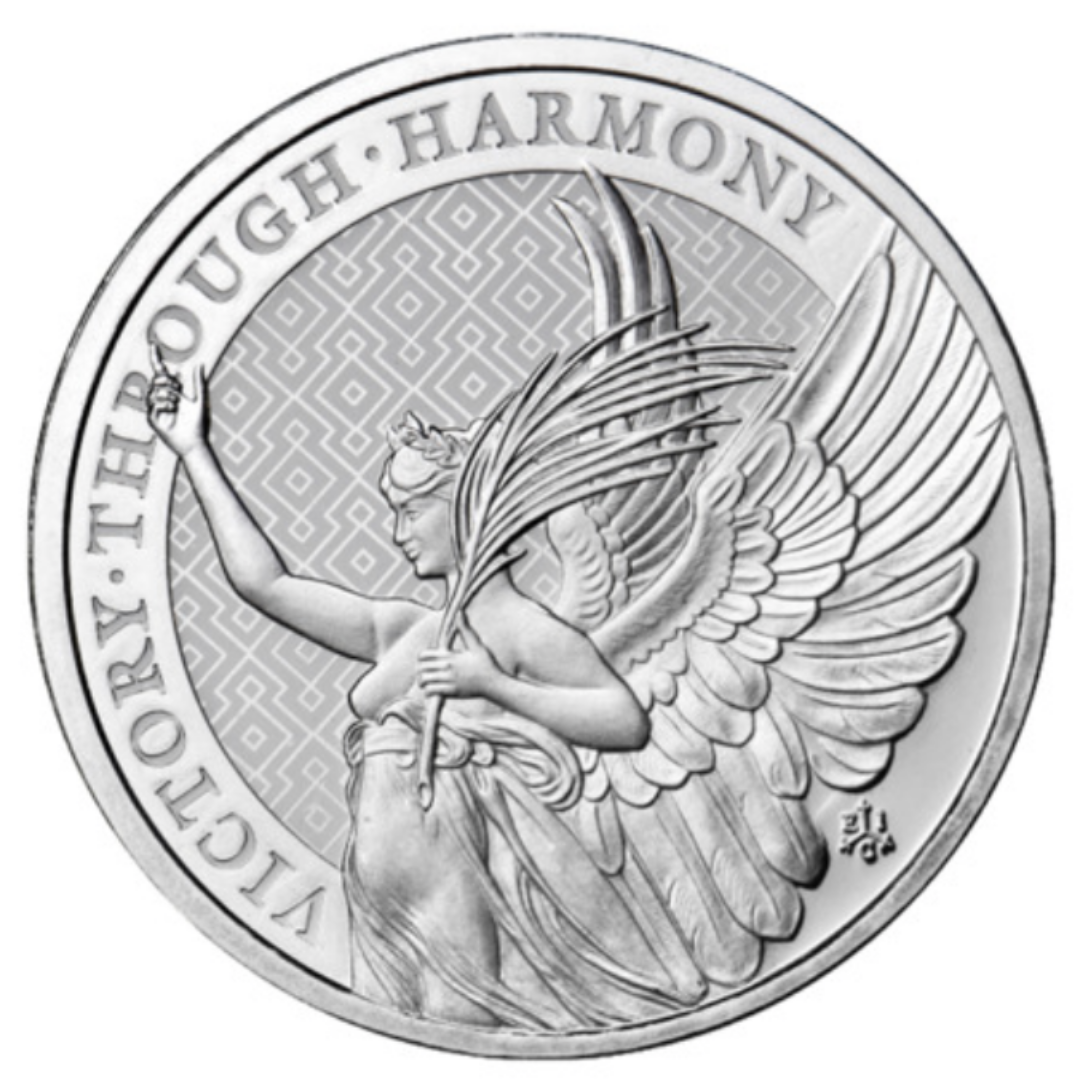 St. Helena Silver Queen’s Virtues: Victory Coin is the 1st of 6 designs in the new Queens Virtues Series! This gold coin Contains 1 Troy oz of .999 pure silver and depicts the personification of victory. Conceived during the latter stages of Queen Victoria’s reign as Queen of England, the Queen’s Virtues is an allegorical presentation of six virtues representing the monarch of England. Today, these virtues are carried into the 21st century by Queen Elizabeth II, England’s longest-reigning monarch. Victory, Truth, Charity, Justice, Courage, and Constancy are set to feature in a stirring new series of gold and silver coins issued by the East India Company. This coin has a limited circulation and is very popular with investors, and may be used to fund Individual Retirement Account investments .

The Silver Bar, also called a Silver Ingot, is a quantity of refined metallic silver cast as a bar and meeting standard conditions of manufacture, labeling, and record keeping. Bars come in various weights such as grams, ounces, kilos, to the 400-troy-ounce Good Delivery gold bar. Many investors looking to make bulk purchases of silver will turn to cast silver bars as a favored type of silver bar and select weights such as 100 oz as an affordable means of investing in large amounts of silver in a single purchase.

Reach out to an IRA expert for additional information