While gold and silver are well-known precious metal with universal appeal and high demand, platinum is one of the rarest and most exciting precious metals investments. Platinum’s metallic and electrical properties make it highly desirable in commercial and industrial applications. The metal’s beautiful aesthetic and rarity also makes it a coveted addition to investment coin collections, as well as greatly prized in fine jewelry.

Platinum is an extremely rare white metal, so rare in fact, that it is likely that all the platinum ever mined could fit inside your home. However, its scarcity is only part of the reason why it is so valuable. Platinum is one of the most stable elements in nature. It has a high resistance against corrosion, a high density, and a high boiling point, but remains malleable and ductile, making it quite unique. Interest in platinum has been steadily increasing over the years, indicating a growing demand, while supplies are still relatively limited—platinum exists in lower quantities than gold and silver in the earth’s crust, and the amount of platinum regularly mined is only as a tiny fraction of gold and silver. 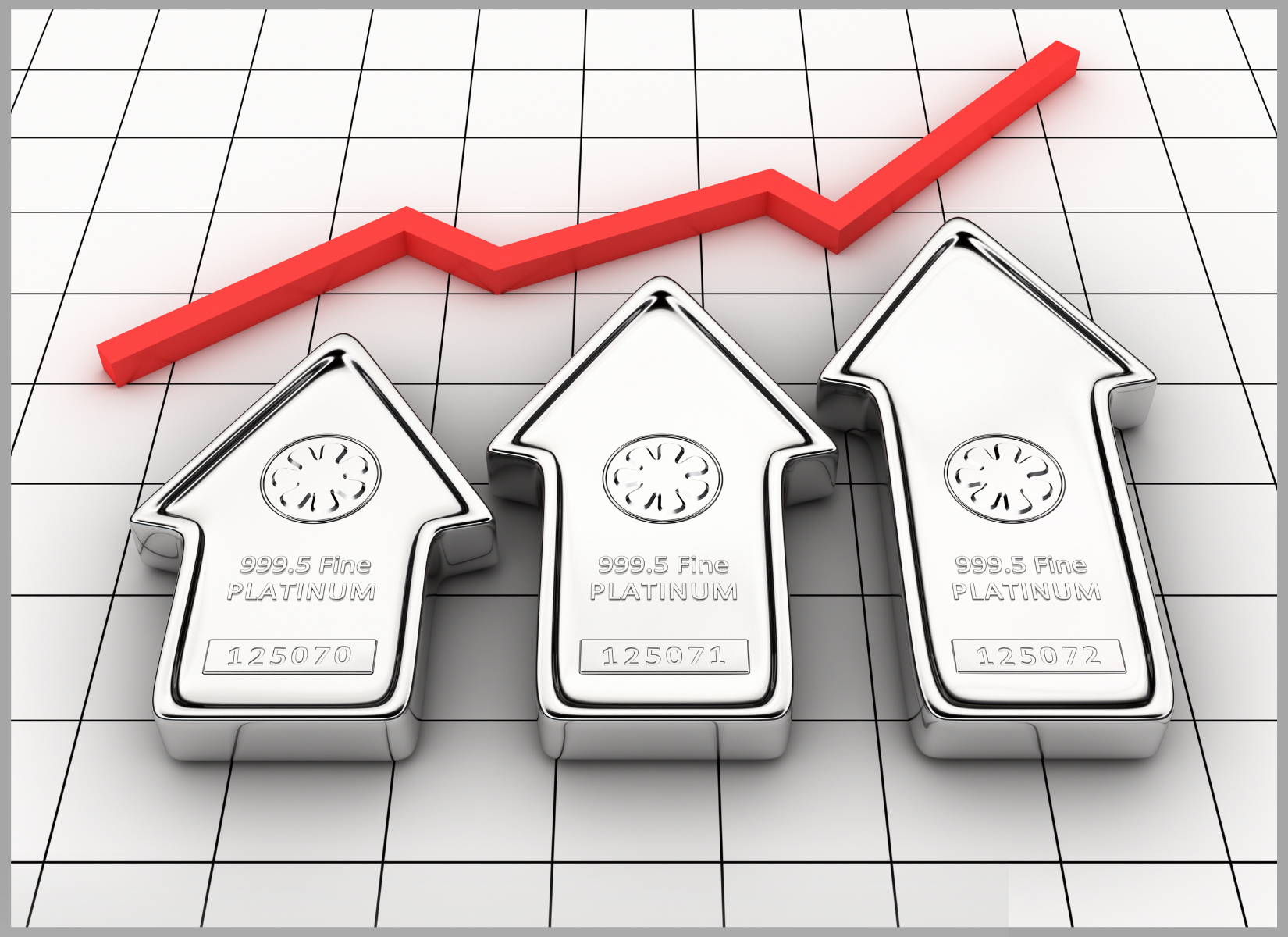 Platinum is a modern-day industry essential. Because of this, financial experts consider it a mainstream asset, like gold, because of the critical roles it plays in sectors including:

Ancient Egyptians started using platinum in jewelry and decorative objects roughly 3,000 years ago. It is one of the finest white metals available; it is hypoallergenic, boasts a high strength, does not oxidize like silver, and does not need to be refinished yearly like white gold.

Modern weapons require modern materials. Platinum is a key material for American defense and is used in the production of missiles, jet engines, and a vast array of military electronics. Platinum is so rare and valuable to national defense that during World War 2, the US government banned its use in jewelry, deeming it a “strategic metal”.

Hydrogen-powered fuel cells, space telescopes, bulk chemical production, and petroleum refining. Fiber optic cables, thermocouples, and computer hard drives. Platinum is used in them all. Platinum-based drugs have been developed to treat cancers and platinum is the only metal suitable for the electrodes required in heart pacemakers. Platinum is a metal of the future.

At the National Gold Group, our financial and precious metal experts believe that now may just be an excellent time for investors to diversify and invest in platinum. Here are a few reasons why:

Gold is the most popular precious metal among investors, and so the spot prices of platinum and gold are often compared by financial experts. Historically, platinum has always been much scarcer than gold, with many sources reporting only 200-250 tons of platinum are mined every year, while roughly 3000 tons of gold are mined every year. We believe this difference to help partially explain why platinum has tended to be priced at or above gold for much of the last 25 years, as shown below.

Another way to look at is this: A platinum ring can cost 2-5x the amount of a gold ring, but the raw material is half the price! How long will this last?

According to Reuters, the average global all-in cost to mine and produce one ounce of platinum is $1110, which is greater than today’s spot price of $1000. Gold has a similar cost of mining at $1200, but gold trades today at just about $2000. With these figures in mind, it is not surprising that during an interview with Bloomberg in 2021, the CEO of the world’s No. 1 platinum miner, predicted the price of the metal to increase to $2000 an ounce over the next four to five years.

"There is no reason why platinum will not eventually trade at $2,000/oz. and probably even higher." Neal Froneman, CEO of Sibayne, the world’s No. 1 platinum miner.

While South Africa produces 70-80% of the total global platinum supply, the average cost of production for their largest single producer, the Impala mine, is over $1,300 an ounce. The platinum price would have to rise nearly 30% just for platinum to trade at a level equal to the all-in cost of production at the largest mine in South Africa, the world’s largest producer. To us, this economic model is unsustainable, something must change - the price of mining cannot continue to be higher than the spot price. The shutting down of certain South African mines has already created up to a 20% supply deficit. With supply therefore potentially shrinking, even if the demand only stays the same, basic supply and demand laws state the price of platinum must increase.

Nearly half of all platinum consumed is by the automotive industry, specifically in the manufacture of catalytic converters. Here in the United States, the EPA has required most vehicles to have a catalytic converter since 1975. However, in other countries, similar policies are just being started. China has a population of nearly 1.5 billion people and has possibly the fastest-growing middle class in the world. However, pollution control standards in China are not nearly as strict as those we have here at home. As a result, China’s pollution, especially in big cities, has reached unsustainable levels, prompting the creation of stricter pollution laws. Throughout 2020-2021, China enacted a law regarding new emission standards that requires vehicles in China to be equipped with the latest catalytic converter technology.

The Chinese auto market is the largest in the world and has been exploding over the last 25 years. Although new car sales fell during 2020-21 due to the COVID-19 pandemic, in 2021, Chinese citizens bought more than 26 million new vehicles, all utilizing catalytic converters with platinum. In 2022, sales are expected to increase by 3.8%.

Our financial experts agree that this is a key reason for the increase in the price of platinum from 2020, as shown in the graph below. We believe that as Chinese automotive sales continue to grow, the demand for platinum will too, ultimately continuing to push platinum prices higher. In other parts of the world, alternative energies like hydrogen are starting to take off and platinum’s role in the hydrogen economy cannot be understated. Research from the WPIC found that platinum is often used in both hydrogen fuel cells and the production of “green hydrogen” via electrolysis. According to Forbes, in mid-2020, the European Union unveiled its new hydrogen strategy as part of its goal to achieve carbon neutrality and a zero-pollution economy by 2050. In the first phase, the EU will increase the installation of current clean energy electrolyzer capacity by more than 600% by 2024. Moreover, according to the Center for Climate and Energy Solutions, hydrogen has a strong case to be made the global green energy of the future. Future government-sponsored hydrogen economy initiatives are expected to only add to platinum investment demand momentum.

With this recent incredible increase in demand, and only more expected to come, even Forbes stated, “In a few years time we might hence expect it will look obvious that platinum was ‘too cheap.’”

At the National Gold Group, we believe now is the perfect time to buy platinum. If you would like help purchasing platinum to diversify your portfolio, or simply learn more about platinum, precious metal IRAs, and your options, call one of our experts at 800.719.7408.

REACH OUT TO AN IRA EXPERT FOR ADDITIONAL INFORMATION